Noida: it was an extension of the numerous programs designed by International Chamber of Media and Entertainment Industry to celebrate the Azadi Ka Amrit Mahotsav on the occasion of 75th Independence Day of India at Marwah Studios, Film City Noida when Lord Rami Ranger was invited to the International Headquarters to address the members of the Chamber.

“We are proud to have with us a distinguished personality from London-House of Lords of British Parliament-Lord Rami Ranger who is a real case study for the people who want to do something in life. From Nothing To Everything: The Inspiring Autobiography of Struggle & Success of Lord Rami Ranger speaks everything about him,” introduced Dr. Sandeep Marwah President of Marwah Studios & ICMEI.

On this very auspicious day We are pleased to honour him with Mahatma Gandhi National Award for promoting Gandhi’s Ideology in the World. I on behalf of Mahatma Gandhi Forum & International Chamber of Media and Entertainment Industry present this award for his untiring contribution,” added Marwah also Chancellor of AAFT University.

“I am more than happy to receive this prestigious award on my visit to New Delhi during the celebrations of 75th Independence year of India. Nothing can be more powerful and energetic than this award. I am thankful to International Media Leader Dr. Marwah for this touching gesture,” said Lord Rami Ranger while accepting the award. 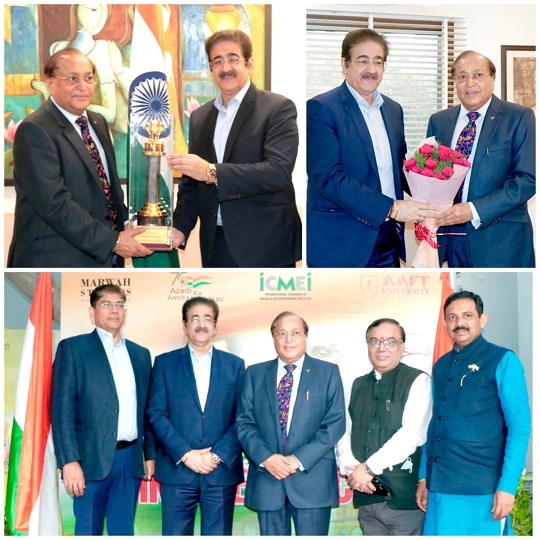 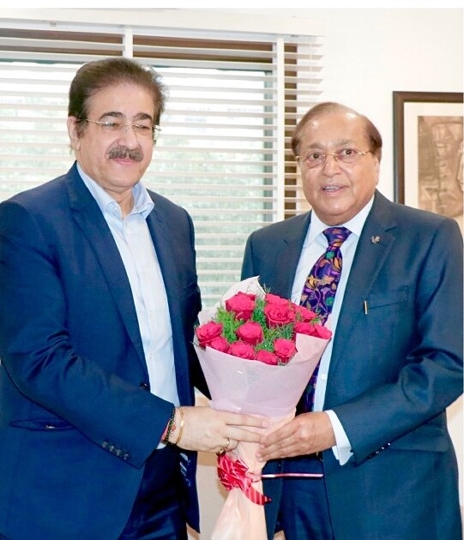 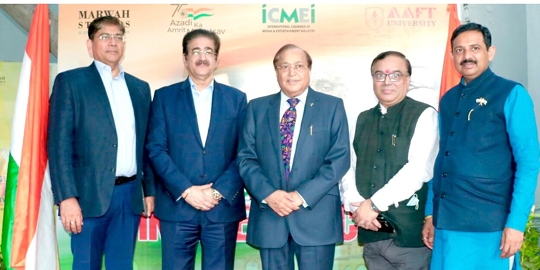 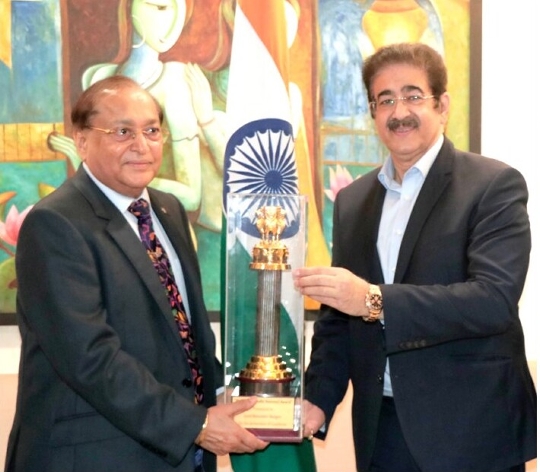