Siddhi Soni,  an emerging Actress from Mumbai has set foot in Bollywood. Her new Music Video ( Kissa) released under the Zee Music Co. on 8th June 2022 got over a million views. She has acquired a huge fan base mesmerized with  her amazing acting with renowned actor Ruslan Mumtaz.

Playback Singer Kunal Sachdeva and Aakanksha Sharma have given their voice in Kissa Song, written by renowned lyricist Shakeel Azmi and Music given by Rajesh Atibal.Produced by Ashok Shah (Kumar Charitable Trust) and Directed by Rajiv S Ruia. 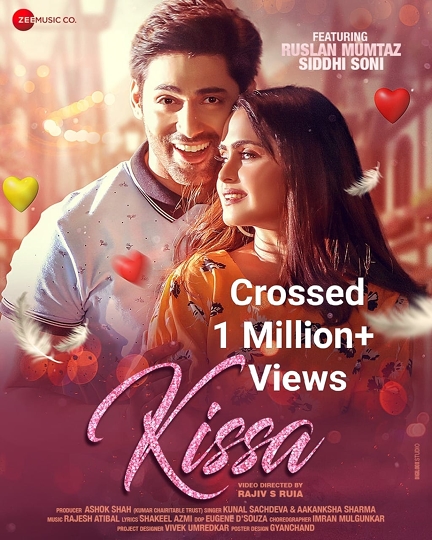