Mumbai: India’s bilateral relations with Thailand are rooted in history, age-old social and cultural interactions and extensive people-to-people contacts. In the past two decades, with regular political exchanges, growing trade and investment, India’s ties with Thailand have now evolved into a comprehensive partnership.

On the eve of 75 years of this partnership, the Royal Thai Consulate-General in Mumbai partners with UFC GYM India to extend the training of their popular MMA sport through their top athletes Supawit Chaisiri (Kru Bank) and Anusorn Sor Ruya (Kru Tum) to the Indian brethren at the UFC GYM Bandra facility in Mumbai.

Muaythai, also referred to as the art of 8 limbs which include 2 fists, 2 feet, 2 elbows and 2 knees, is a martial art and one of the most demanding combat sports that uses stand-up striking along with various clinching techniques. It’s a total body HIIT workout. A fun and efficient way to burn fat and lose weight that also builds your core, flexibility, and overall strength. It also builds confidence, dedication and determination.

Mr. Donnawit Poolsawat, Consul General, Royal Thai Consulate-General in Mumbai states, “On the occasion of the 75th Anniversary of Diplomatic Relations between Thailand and India, the Royal Thai Consulate-General in Mumbai extends this training session to the Indian audience in association with UFC GYM India. We are sure this ancient form of martial art will help to inculcate a holistic fitness regime among fellow Indians”.

“We, at UFC GYM India, provide unlimited group fitness classes where one can discover the fit that’s right for themselves. This initiative is part of the same endeavour where one can consistently shock their system and deliver the desired results and achieve optimal fitness. We thank the Royal Thai Consulate-General in Mumbai for such a noble initiative to promote fitness in India and look forward to many such initiatives in future to strengthen the bond between both our nations”

To sum it all up, Muay Thai is one art form beneficial to people of all ages and it’s never too late to start learning it.

For more information about UFC GYM Bandra, please visit ufcgym.in, or follow the gym on Instagram at @ufcgymbandra.

UFC GYM® is the first major brand extension of UFC®, the world’s premier MMA organization, created in alliance with New Evolution Ventures™ (NeV), developers of many of the world’s most successful fitness brands. As the first to unite the benefits of MMA with fitness, the brand is not what you expect, and more than you can imagine. UFC GYM’s TRAIN DIFFERENT® approach provides members with the ultimate fitness experience and programming that secures results for all ages and training levels. With over 150 locations opened and 700 additional locations currently in development globally, UFC GYM has revolutionized the fitness industry and positively impacted countless lives worldwide. UFC GYM offers theopportunity to own and operate a franchise domestically and internationally. For more information, please visit www.ufcgym.com. Follow UFC GYM at Facebook.com/UFCGYM, Youtube.com/UFCGYM, Instagram and Twitter @UFCGYM. Follow UFC GYM India at Facebook.com/UFCGYMIndia, youtube.com/UFCGYMIndia, Twitter and Instagram: @UFCGYMIndia.

UFC® is the world’s premier mixed martial arts organization (MMA), with more than 688 million fans and 198 million social media followers. The organization produces more than 40 live events annually in some of the most prestigious arenas around the world, while broadcasting to nearly 900 million TV households across more than 170 countries. UFC’s athlete roster features the world’s best MMA athletes representing more than 75 countries. The organization’s digital offerings include UFC FIGHT PASS®, one of the world’s leading streaming services for combat sports. UFC is owned by global entertainment, sports and content company Endeavor, and is headquartered in Las Vegas, Nevada. For more information, visit UFC.com and follow UFC at Facebook.com/UFC, Twitter, Snapchat, Instagram and TikTok: @UFC. 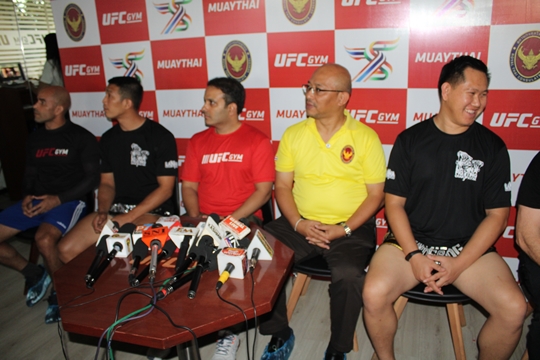 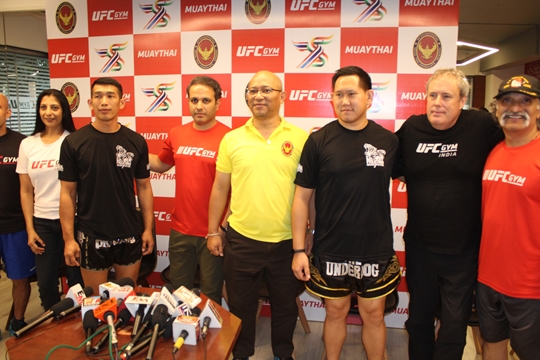 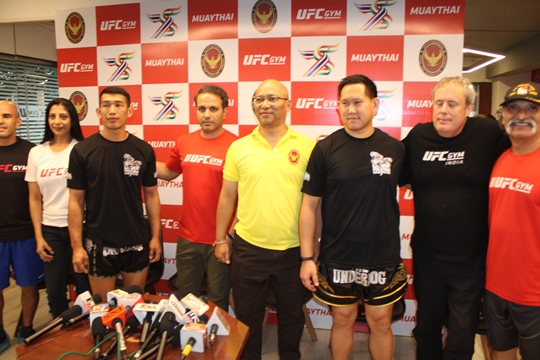