Noida: Indo Venezuela Film and Cultural Forum of ICMEI in association with Embassy of Venezuela in India organize two-day Festival of Short Films from Venezuela. Fifteen short films participated in the festival from Venezuela which was inaugurated by H.E. Coromoto Godoy Calderon Ambassador of Venezuela to India at Marwah Studios Film City Noida.

Indo Venezuela Film and Cultural Forum was created way back in 2016 and since then we are trying our best to develop and promote relations between two countries through art and culture. We have always believed that soft power today is the biggest bridge between the two countries and is used to break the ice. This time we have brought the festival of short films from Venezuela, and we have ready smart audience for these kinds of films,” said Dr. Sandeep Marwah President of ICMEI and Chair for Indo Venezuela Film and Cultural Forum.

This is for the first time we have brought short films from Venezuela to India, I am thankful to Marwah Studios, ICMEI and Sandeep Marwah for their cooperation. We will also participate with full length feature film in forth coming Global Film Festival Noida 2022.We may be producing small number of films but our films are seen all over the World. Like India we also believe in family culture. Our association with Indo Venezuela Film and Cultural Forum is getting stronger day by day,” said H.E. Coromoto Godoy Calderon Ambassador of Venezuela to India.

Let us give more emphasis to new thinking which must be reflected in short films by young Indian film makers. You need nor to be filthy rich to produce and direct short films. It is an idea which plays most important role in short films,” added Deepak Singhal former Chief Secretary of Uttar Pradesh.

Culture diplomacy has always been rated as the best policy in ministry of external affairs to build up the great relations between two countries. We need to develop stronger relations with countries in Latin America specially Venezuela. I congratulate Dr Sandeep Marwah for working even much more than ICCR- Indian Centre for Cultural Relations, Ministry of External Affairs Government of India as far as cultural events are concerned,” expressed Suresh K Goel former Secretary Ministry of External Affairs, Government of India.

Sandeep Marwah is himself producer of largest number of films in the World. He understands the purpose and meaning of these films, the best. I am happy to be here on this powerful event and support making of short films. This is the best way to start your carrier,” explained Ashok Dhingra Film maker from Mumbai.

Fifteen films were screened at Marwah Studios and students from Asian Academy of Film and Television & Asian School of Media Studies participated in the show. Alfredo Caldera Cultural Counsellor of Embassy of Venezuela and Mrs A. Caldera a Ballet Dancer from Caracas was also present on the occasion. Shagun Singhal spoke about short films. Later Sandeep Marwah presented life membership of International Film and Television Club of AAFT to all the dignities. 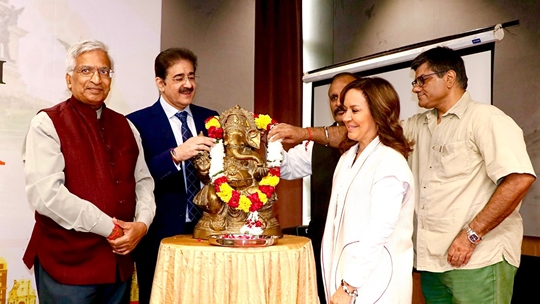 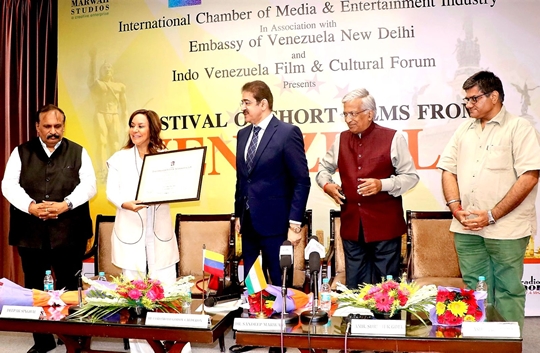 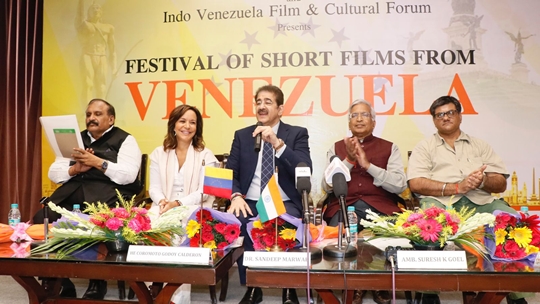 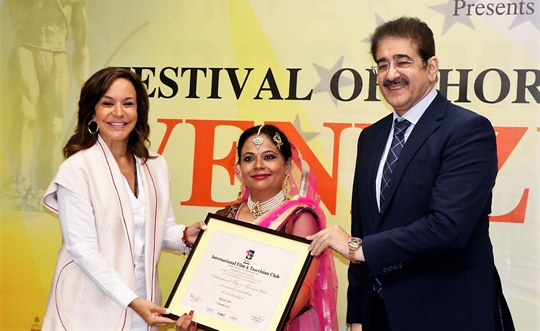 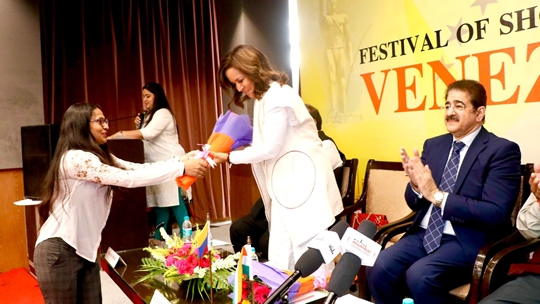 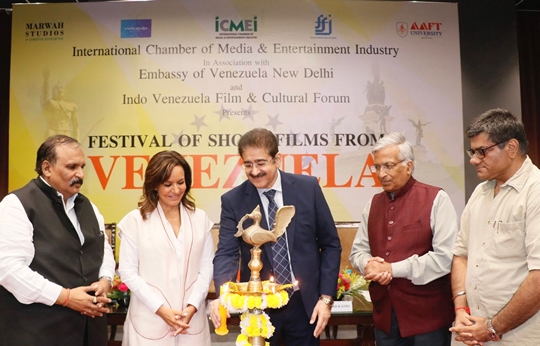 Festival Of Films From Venezuela At Marwah Studios